Eleventh Meeting of the Global Forum on Migration and Development

On the eve of the Intergovernmental Conference to Adopt the Global Compact for Safe, Orderly and Regular Migration (GCM), the Eleventh Meeting of the GFMD in Marrakesh was held under the overarching theme "Honouring International Commitments to Unlock the Potential of all Migrants for Development". The Summit gathered over 2,000 participants from 135 United Nations Member States, 45 international organizations, civil society, private sector, academia, and other migration stakeholders. More than 40 high-level government representatives, comprised of ministers and vice ministers, as well as senior officials of various international organizations were among these attendees 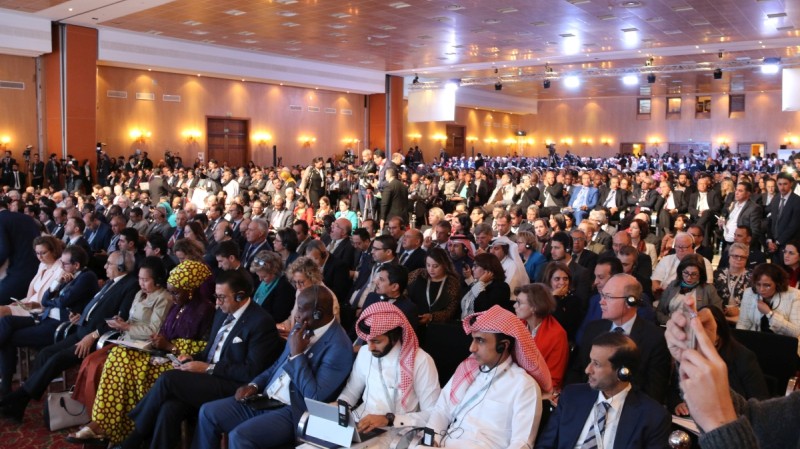 In welcoming the participants, the Moroccan and German GFMD Co-Chairs, Mr. El Habib Nadir and Ambassador Götz Schmidt-Bremme, took stock of the achievements made in the framework of the first ever two-year GFMD Co-Chairmanship. Particularly Mr. Nadir articulated that the launch of the Summit on the eve of the Intergovernmental Conference noted a “turning point in history”, and Ambassador Schmidt-Bremme, categorized the GFMD as the “market place at the center of the new GCM ecosystem.” Welcoming and scene-setting speeches were also made by Mr. Abdelkrim Benoutiq, Minister Delegate in charge of Moroccan Living Abroad and Migration Affairs; Ms. Louise Arbour, Special Representative of the UN Secretary General for International Migration; Mr. Antonio Vitorino, Director General of the International Organization for Migration; Mr. Driss El Yazami, President of National Human Rights Council; Ms. Asako Okai, Assistant Secretary General and Director of Crisis Bureau, UNDP; Ambassador Regine De Clercq, GFMD 2007 Chair; Mr. Stephane Jaquemet, Director of Policy of ICMC; Mr. Roberto Suarez-Santos, Secretary-General of IOE; and Ms. Yasmin Youssef, representative of young migrants.

The GFMD Common Space followed the opening session, focusing on the theme “From Global Commitments to Multi-Stakeholder Action.” Comprised of a Davos-style panel session and four parallel thematic sessions, speakers, representing various stakeholders, articulated their institutional perspectives on how global commitments contained in the GCM can be amplified through their already existing initiatives on the ground, and in cooperation with the UN Migration Network.

Roundtable 1 - From vulnerability to resilience: recognizing migrants as agents of development 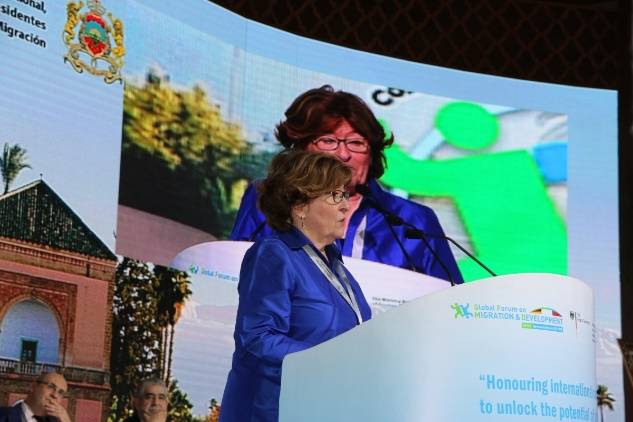 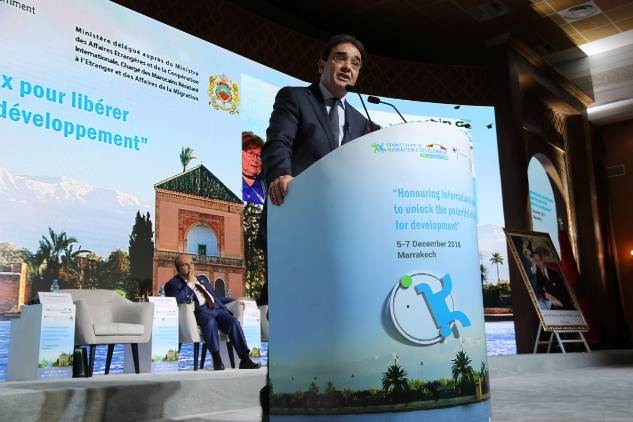 The 2018 GFMD Business Meeting saw the broadest and most diverse representation of the private sector in the GFMD history. It included three sets of panel discussions to elaborate the business perspective on how to implement the GCM. In the first session, business and government speakers shared their personal stories and institutional initiatives. This elicited reactions from the speakers in the second session who then discussed their positions on how to fill the current skills gaps and what regulatory frameworks could look like under the GCM. The final session focused on leveraging the use of technology to respond to the 21st century labor market needs and support cooperation on migration.

The special session on the Platform for Partnerships (PfP) held in Marrakesh provided a joint space for governments and other GFMD stakeholders to discuss and present concrete projects and initiatives that relate to migration and development issues, in particular in the context of the GCM commitments and the SDGs.

Particularly, five state-of-the-art state-led and multi-stakeholder initiatives on migration and development were presented in detail:

Additionally, a proposal was presented to revive a demand-driven “Marketplace,” first introduced by the Belgian GFMD Chairmanship in 2007, under the Ecuadorian 2019 Chairmanship. The Marketplace is envisioned to act as a “matchmaking mechanism” between those facing specific policy and practice issues and those providing targeted solutions.

Future of the Forum Special Session

The Future of the Forum session served as an opportunity for heads of participating delegations to be reminded of the progress made since the Tenth GFMD Summit in Berlin. Milestones included the GFMD’s substantive contribution to the 2030 Agenda and the GCM processes— the GFMD Recommendations to the 2017 and 2018 High Level Political Forum and the GFMD Thematic Recollection (2007-2017). The session also offered an opportunity to present the findings contained in the report of the GFMD Ten-Year Review.

During the open discussion, at least 20 Member States intervened, thus generating a strong consensus in support of the continuity of the Global Forum. Several states emphasized the need to strengthen the operating modalities of the GFMD and ensure that the mandate of the GFMD is not merely reduced to supporting the GCM, but also to advancing debates on other facets of migration that are not adequately covered by the Compact.

The closing session saw reports from the Roundtable sessions, the GFMD Review Team, the Special Sessions on the Platform for Partnerships and the Future of Forum, as well as the Civil Society Days and the Business Mechanism.

Ms. Valérie Plante, Mayor of Montreal, Canada, delivered a keynote address which focused on the critical role of cities in migration management, and highlighted the important role of local authorities in migration governance.

Finally, both Co-Chairs warmly thanked all Summit participants for their engagement throughout the past two years and symbolically handed the GFMD Chairmanship over to Mr. Santiago Javier Chavez Pareja, Vice Minister for Human Mobility of Ecuador. The Ecuadorian GFMD Chair vowed to work closely with Germany and Morocco towards achieving a vision for the GFMD to facilitate discussions on the implementation of the Global Compact for Migration, and to maintain its structure as a broad, informal and flexible space for the establishment of strategic partnerships and generating consensus. 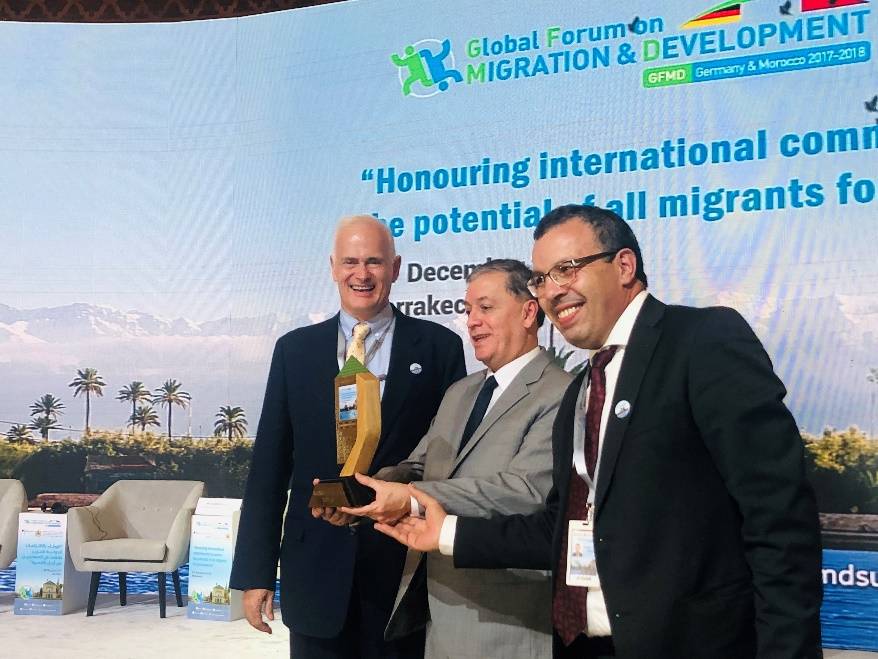