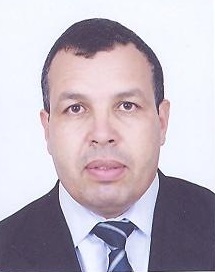 Secretary General of the Ministry Delegate to the Minister of Foreign Affairs in charge of Moroccans Living Abroad and Migration Affairs since 2014.

In 2003, he obtained a Master on engineering and consulting from the National Polytechnic Institute of Paris.

Mr. Nadir began his career at the Ministry of Equipment as a Management Consultant (1995-2002), and then held the position of Head of the Central Communication Unit at the Secretariat of State in charge of Water (2003-2005).

In 2005, he was appointed Director of the National Agency for Combating Illiteracy. Mr Nadir is a CONFUCIUS-UNESCO Prize laureate for Literacy in 2012. He is Member of the International Advisory Group on the Follow-up of the International Conference on Adult Education (CONFINTEA).