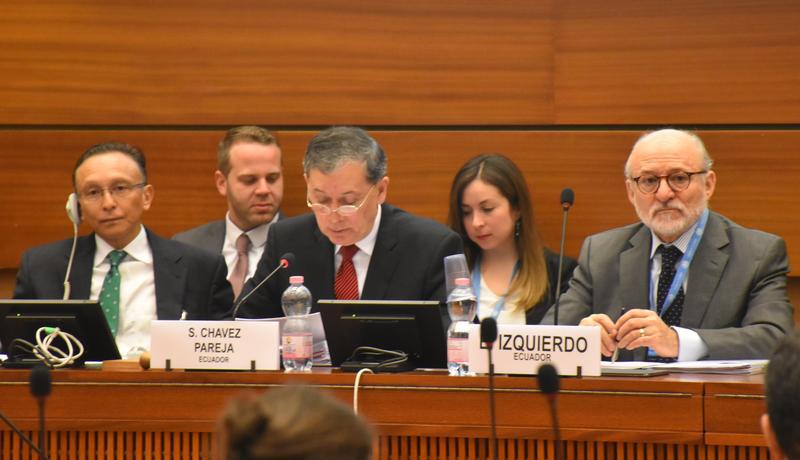 In September 2018, the Government of Ecuador’s voluntary offer to chair the GFMD in 2019 was strongly endorsed by participating Member States. Ecuador, a long-term and active member of the GFMD, brings to the GFMD process its expertise as a major migrant receiving country with world-recognized migration policies, and an active voice in international migration affairs. It also represents a return of the Chairmanship to Latin America for the first time since 2010.
Over the past ten years, Ecuador has been actively involved in the GFMD as a member of the Steering Group, the Ad Hoc Working Group on the GCM and 2030 Agenda, and the GFMD Expert Review Team. It has also co-chaired several GFMD Roundtable Sessions, and has actively participated in the Migration Laboratory. Outside of the GFMD, Ecuador has been significantly involved in the development of the Global Compact on Safe, Orderly and Regular Migration (GCM), putting it in an excellent position to carry the GFMD forward in close coordination with this process.

Accordingly, an important focus of Ecuador’s chairmanship is the building of coherent normative frameworks and the facilitation of international cooperation. Ecuador recognizes that states must work together to harness the positive effects of migration, and that migration is a topic that cannot be dealt with in isolation. As such, the incoming Chair fully embraces the GCM as the first global framework for the governance of migration and a tool for strengthening international cooperation. Ecuador welcomes the role envisaged for the GFMD by the GCM and the need for the GFMD to have a presence and representation in the United Nations governance framework on migration.

Ecuador’s second major focus is a recognition of the need for the protection of human rights in migration policy. Ecuador appreciates migration as a positive force, which contributes to development in both countries of origin and of destination, and recognizes the right to migrate and the rights of migrants in its own Constitution.

Ecuador will build on the achievements of GFMD 2017-2018 Co Chairs, Germany and Morocco, to enhance the added value of the GFMD and make it even more relevant in the era of the GCM implementation.