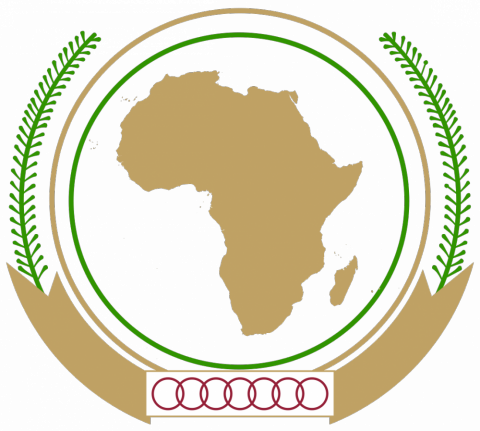 up
114 liked this page, including you.

The concept of continental free movement is central for the African Union (AU). The preamble of the 1991 Treaty Establishing the African Economic Community (Abuja Treaty) recognizes migrants regardless of their place of residence as an integral part of the national human resources.

A number of continental and regional policy decisions by the AU and by its Regional Economic Communities (RECs) have laid the foundation for the Protocol to the Treaty Establishing the African Economic Community Relating to the Free Movement of Persons, Right of Residence and Right of Establishment adopted in 2018.

The idea of continent-wide free movement dates back to the Lagos Plan of Action for Economic Development of Africa 1980-2000 envisaging an African common market.  Free movement of persons in Africa was codified in the 1991 Abuja Treaty. This momentum was reignited in 2002 with the establishment of the AU which reasserted one of its principal objectives as being the promotion of “greater unity and solidarity between African countries and the people of Africa” (Article 3(a)). The development of the Migration Policy Framework for Africa in 2006 recommitted member states under the auspices of the AU to free movement of persons. While the 2012 decision to enact an Action Plan to Boost Intra-African Trade and fast-track the establishment of the African Continental Free Trade Area demonstrate an obvious link to the facilitation of free movement.

The eight AU RECs, which collectively comprise the building blocks of the African Union, have shown varying degrees of integration. For instance, ECOWAS adopted its Protocol on Free Movement Persons, Residence and Establishment in 1979 which makes provision of 90 days of visa-free stay, an ECOWAS passport, the elimination of rigid border formalities.  In East Africa, free movement can be traced back to the Treaty of the EAC in 1967. The East African Community (EAC) passport was launched and is presently operational for EAC citizens to travel freely in the EAC region. The other RECs – SADC, COMESA, IGAD, CENSAD, ECCAS and UMA – continue to consider the adoption of legal instruments that will allow and facilitate free movement of persons in their respective regions.

The AU Agenda 2063 envisions an integrated continent with free movement of people, goods and services. To this end, a symbolic gesture of African states’ commitment to making a continental free movement a reality was the launch of the African passport by the Assembly in July 2016 and AU Executive Council decision in 2016 to develop a Protocol on free movement, which was adopted at the January 2018 AU summit and opened up for signature in Kigali, Rwanda, on the occasion of the Tenth Extraordinary Summit of the Assembly of Heads of State and Government in March 2018.  This protocol was signed on 21 March 2018 by 29 AU Member States.  On the same date 44 of the 55 AU MSs signed the African Continental Free Trade Area Agreement (AfCFTA), which aims to create a single continental market for goods and services, with free movement of business persons and investments, and thus paves the way for accelerating the establishment of the African Customs Union.

These two treaties, going by some of the evidence on the potential of freer trade and freer mobility on the continent to spur economic growth, may well be one of the most consequential actions touching on migration that the AU has taken in recent times.

The Pan African Forum on migration (PAFoM) is an interregional forum on migration established in 2015, bringing together all AU RECs and AU MSs to promote and deepen inter-state dialogue and intra/inter-regional cooperation on migration.  It was created as a common platform for regular all-inclusive and comprehensive inter-state dialogue and intraregional cooperation on migration in Africa in reply to 2006 AU Executive Council Decision (EX.CL/276 (IX)) on the Migration Policy Framework for Africa.  PAFoM Meetings (2015 Kigali Roundtable on Intra-Regional Migration and Labour Mobility within Africa; 2015 Accra Forum; 2016 Lusaka Forum and 2017 Kampala Forum) have all addressed free movement and regional integration in Africa and have thus paved way for the ratification of the AU Protocol to the Treaty Establishing the African Economic Community relating to the Free Movement of Persons, Right of Residence and Right of Establishment.  PAFoM continues being a forum for States to discuss the implementation of AU treaties on free movement.

Contribute
to the evidence-based
M&D Policies and Practices